I picked up a new Pizzelle maker this last week and wanted to give it a try. Initially I was going for some cheesy pizzelles to have with the homemade pasta I was working on for dinner. After whipping up a batch of those I was hooked. At that moment, my only regret was that I got a machine that only made two at a time. Probably because I wanted them warm to eat with dinner. And I certainly wanted more than two! I think if I were to have an event that I needed to make a large quantity of these I’d get a different machine. But this Cuisinart that I picked up worked perfectly. It cooked perfectly and the cleanup was quick and easy. I’d definitely recommend it.

Then I wanted to move onto the sweet delicious pizzelles that I could have with coffee or tea. I saw a recipe in Sift magazine for ginger molasses cookies and decided to make a few modifications and turn that into a ginger molasses pizzelle recipe. This recipe utilizes an amber ale. Don’t skip it, that tiny bit of beer gives a huge flavor punch. I went simple and used a Fat Tire Amber Ale. You could use whatever you like, I just happened to have one of those in the fridge. And be sure to cook that bottle of beer all the way down to 1 1/2 ounces. It’s going to taste extremely bitter, but once it mixes with the pizzelle dough something magical happens! I kept a heat proof measuring cup next to the cooktop and once I thought it was close, I just poured the beer into the cup and measured. Just under a quarter of a cup is what you are looking for. If you have more than that, put it back in the pan and keep cooking.

The only other thing to know is when to take the cookie out of the pizzelle press. I have a setting of 1-5. Five being the longest cook time and one is the shortest. I cooked my pizzelles on a setting of four. I like them crunchy and firm. I used about a tablespoon of dough for each pizzelle. My press came with a measuring spoon for the dough, if yours doesn’t just grab a tablespoon and go with it. After one pizzelle you will know if you have too much or too little dough.

I was slightly obsessed about having clean edges on the cookies. Once they cooled a bit, I got out the kitchen shears and cut the edges to be smooth. If you don’t care about this, then don’t bother just enjoy the cookie.

I also cut the ginger pretty small as you can see in the image. I didn’t want large clumps in the cookie, so I cut small, and they worked out well with the press.

Now if pizzelles aren’t your thing, but you are looking for some fall flavors for dessert we have a few pear and cranberry items that work perfectly for the season. Or even this cran apple crostata. Whatever you choose, I hope you are enjoying the season. Please share if you end up making any of the recipes, we always love hearing how they turn out. 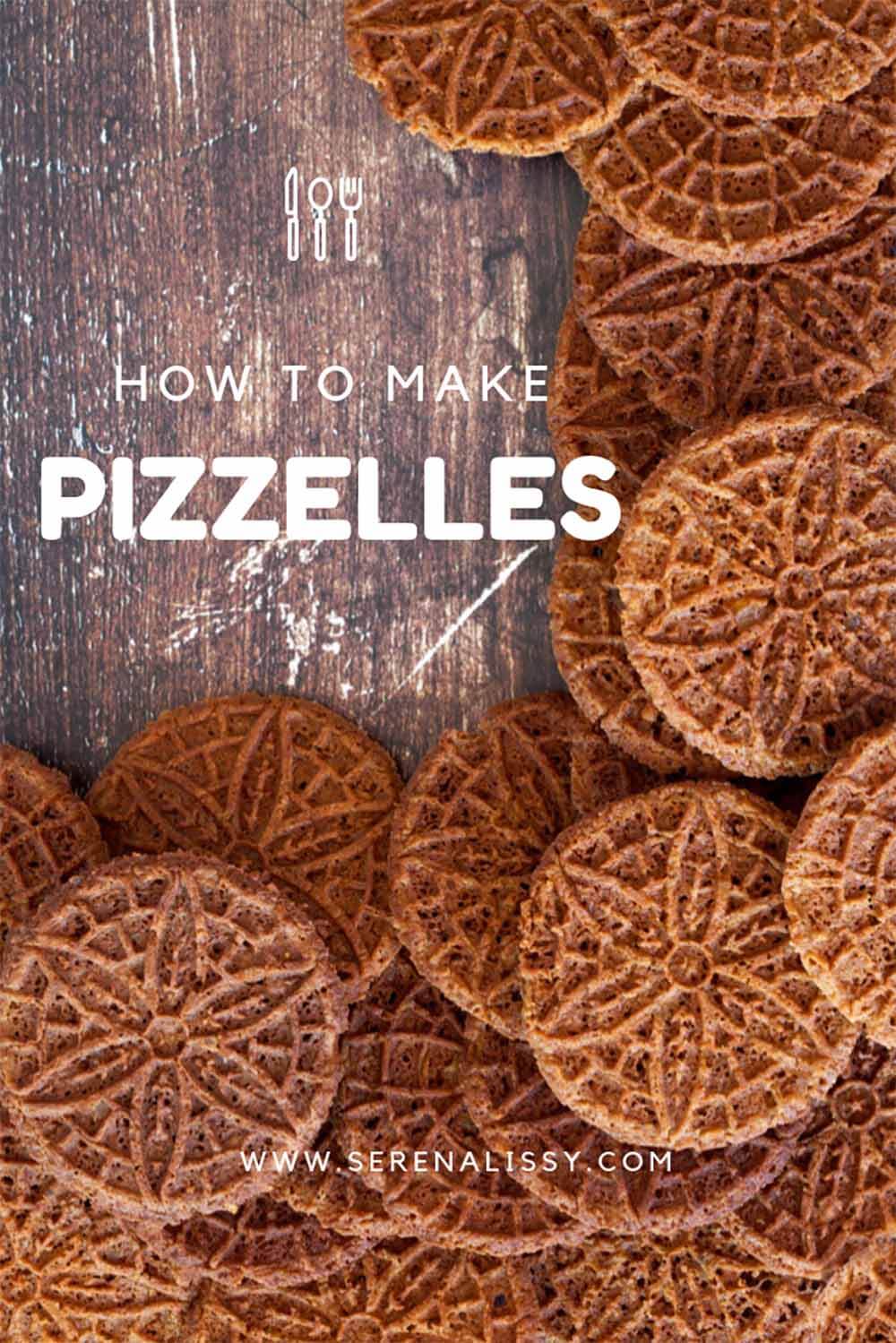 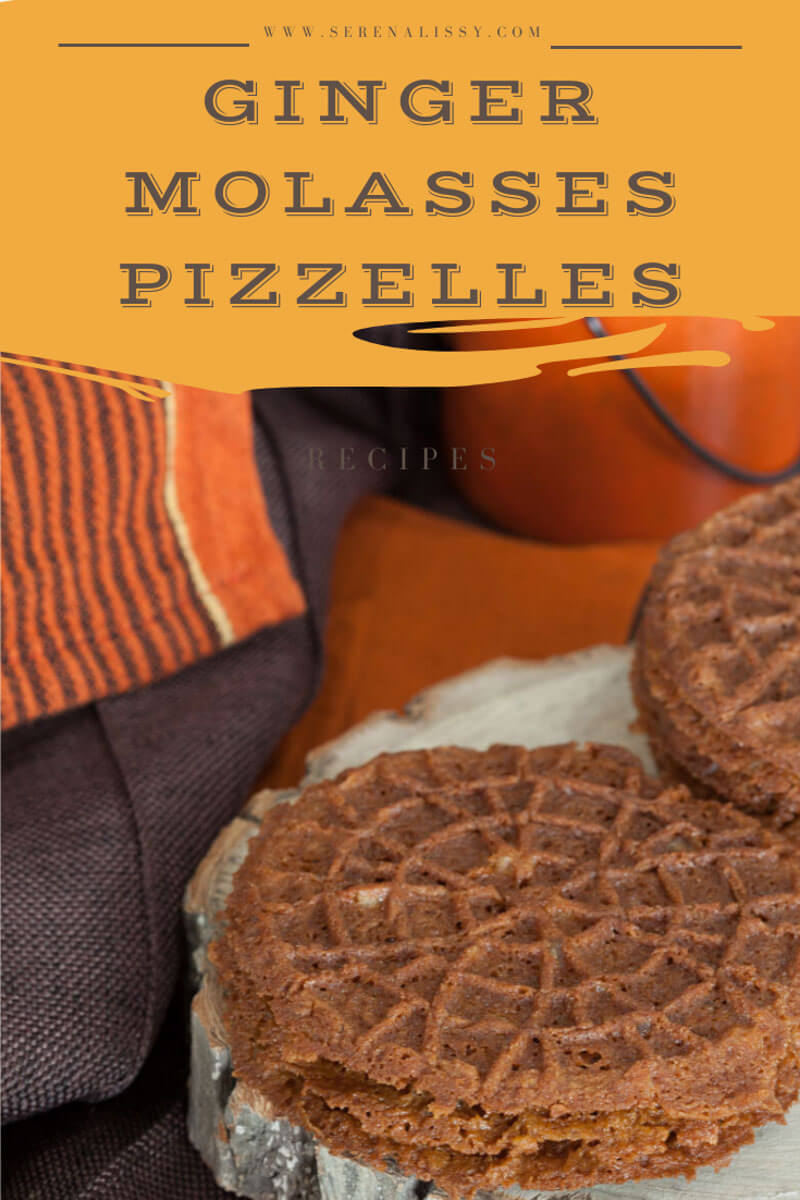 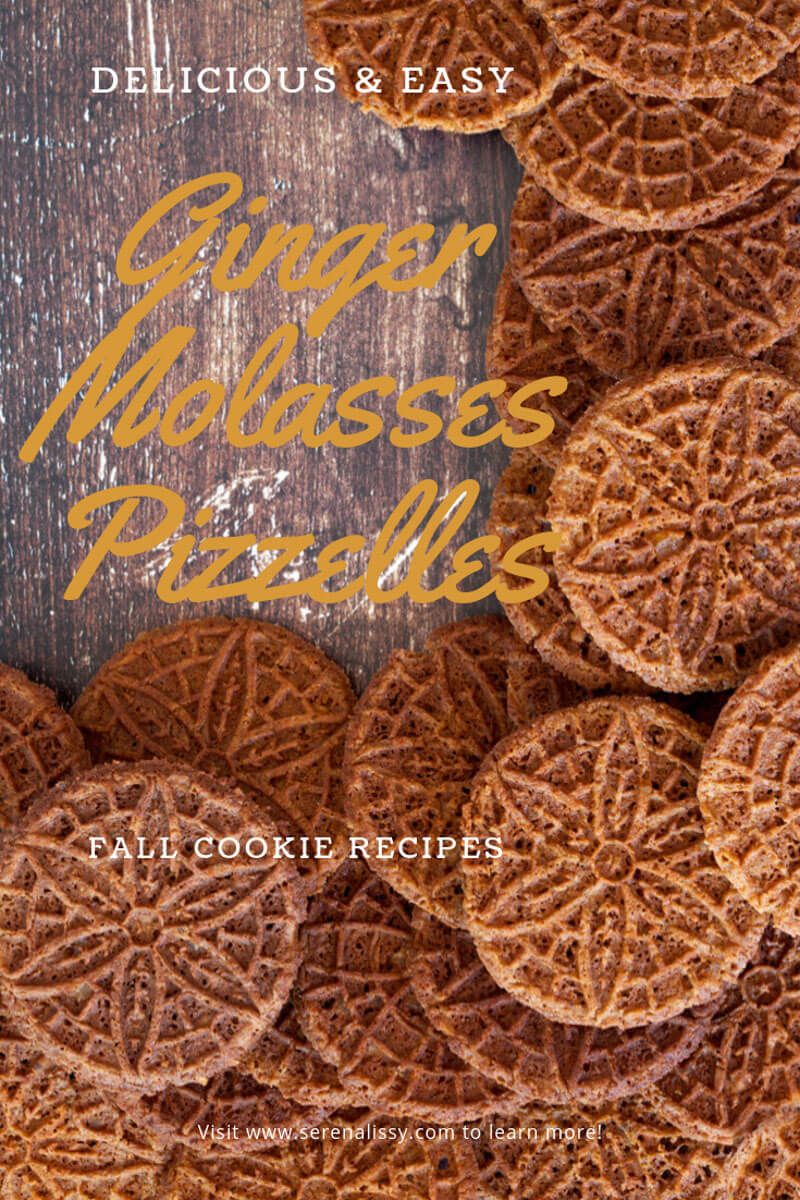